In this section, we will access our kubernetes cluster and deploy nginx on it 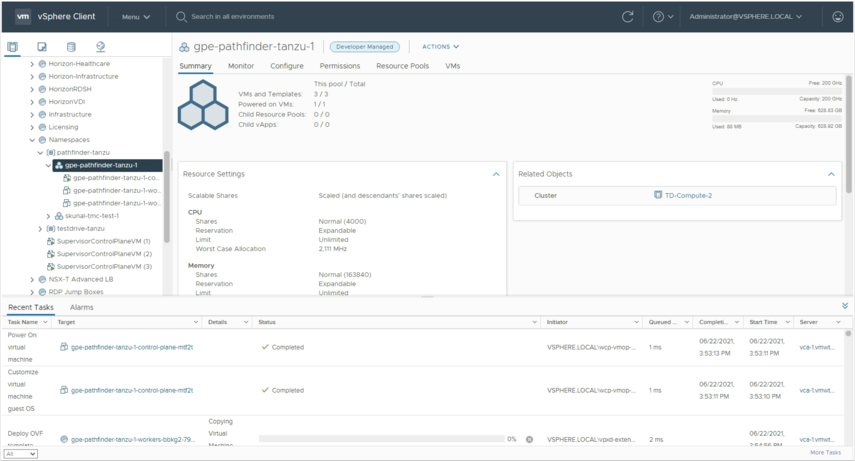 Kubernetes is now built into vSphere with Tanzu which allows developers to continue using the same industry-standard tools and interfaces they've been using to create modern applications. vSphere Admins also benefit because they can help manage the Kubernetes infrastructure using the same tools and skills they have developed around vSphere. To help bridge these two worlds, we've introduced a new vSphere construct called Namespaces, allowing vSphere Admins to create a logical set of resources, permissions and policies that enable an application-centric approach.

Here's a quick view of how the TKC deployment looks during creation on vSphere. The TKC Control Plane and Worker nodes are getting created within Cluster Group that we chose, under the pathfinder-tanzu provisioner. 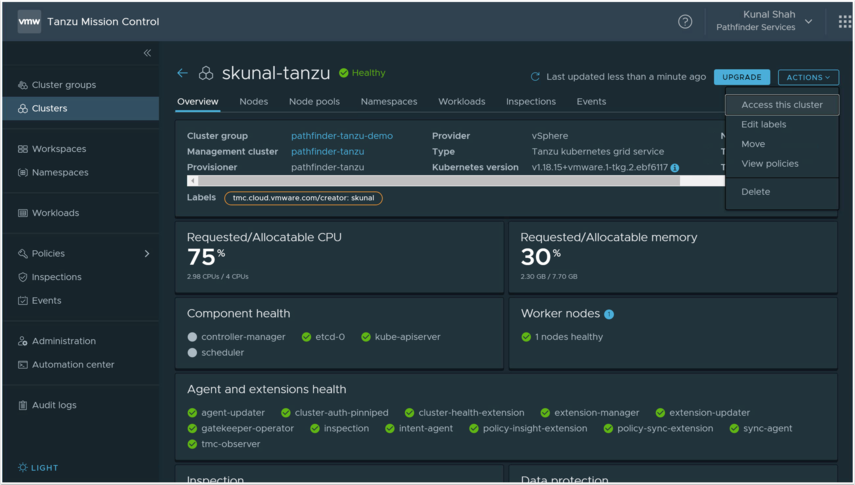 Now let's navigate back to your TMC Tab on the browser. Once your cluster status is 'Ready' and the health status is 'Healthy', click on 'Actions' at the top right corner and choose 'Access this cluster' 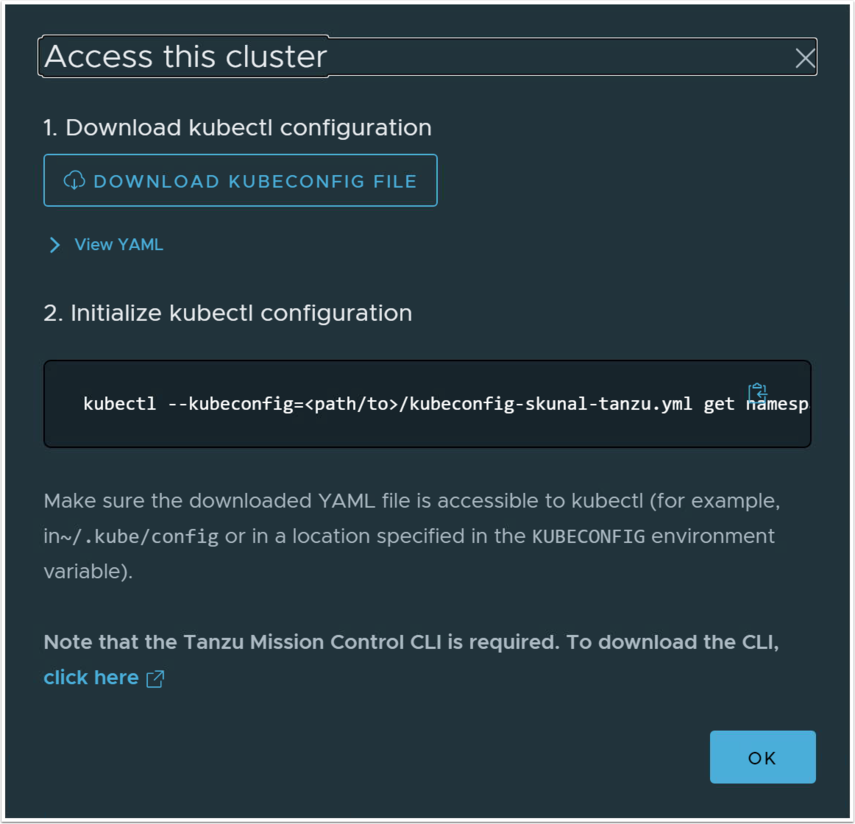 NOTE: It is important to save the file as config.yml in order for the next set of steps to work. 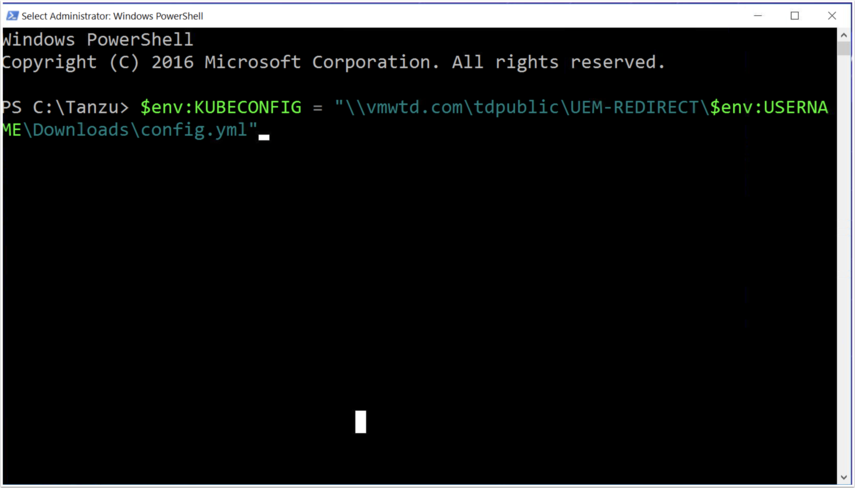 Launch Windows PowerShell from the Desktop by double clicking on the shortcut. Set the KUBECONFIG environment variable to point to our config.yml file saved in the previous step by copying the below command and pasting it in PowerShell.

Once the environment variable is set successfully, enter the command to list all pods. 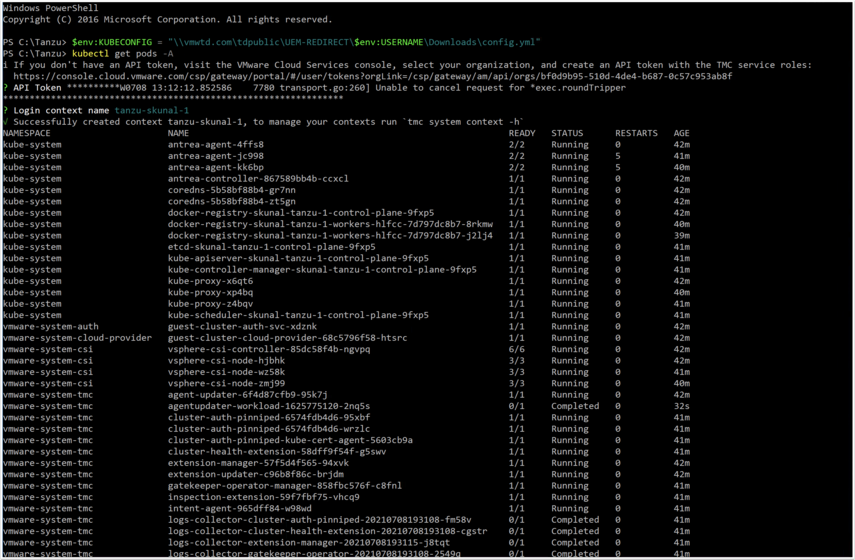 This is where we will use the API token previously copied on Notepad++.

You will get a 'context successfully created' message along with a list of all pods running on your cluster. 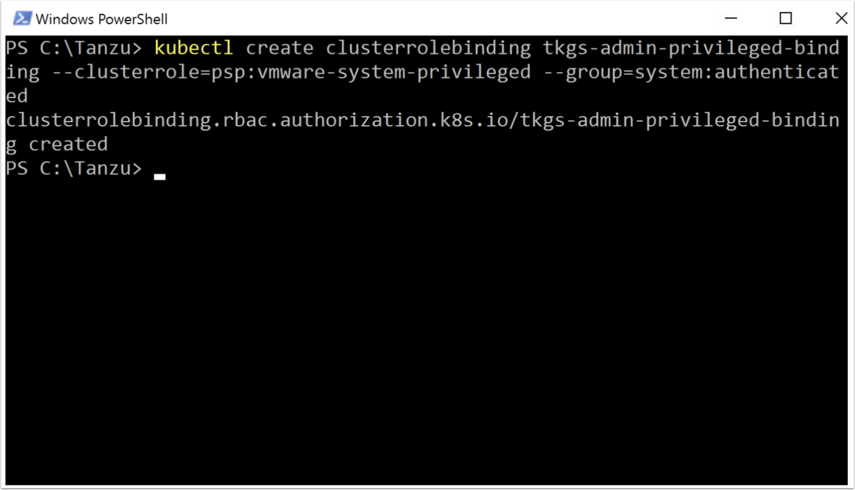 By default, Pod Security Policies are enabled in this cluster which will prevent any pods from being created. Tanzu Kubernetes clusters include default PodSecurityPolicy (PSP) that you can bind to for privileged and restricted workload deployment.

Run the following command to bind to the default privileged PSP: 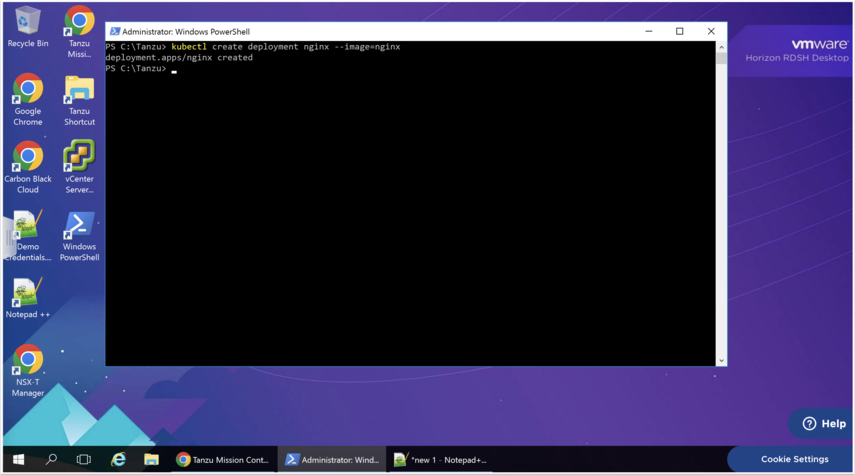 Now, let us deploy a sample application to verify the permissions were applied correctly. On the Powershell Window, run the following command to deploy nginx on your k8s cluster 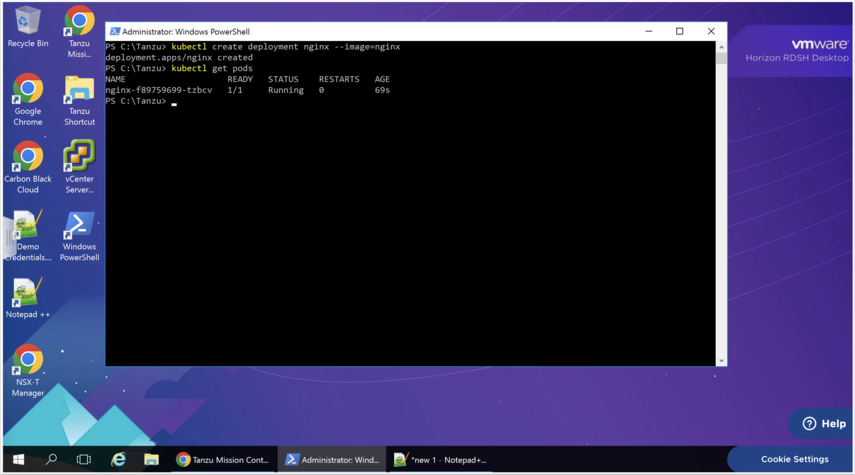 Run  the  following command to verify the deployment of nginx pods