Behind the scenes, Workspace ONE UEM is managing the device.  A key aspect of UEM management is over-the-air (OTA) Windows application deployment.

Continue in the Intelligent Hub... 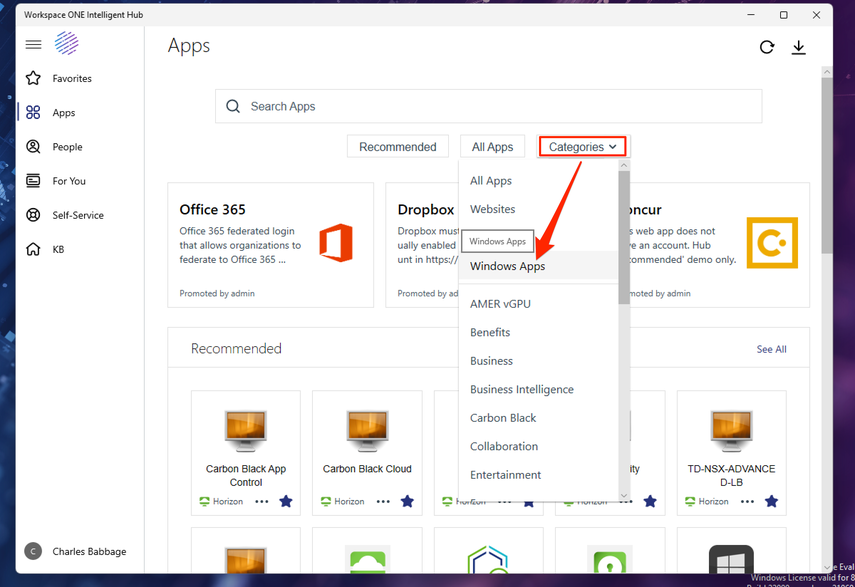 On the device, in the Hub, go to Apps > Categories > Windows Apps. 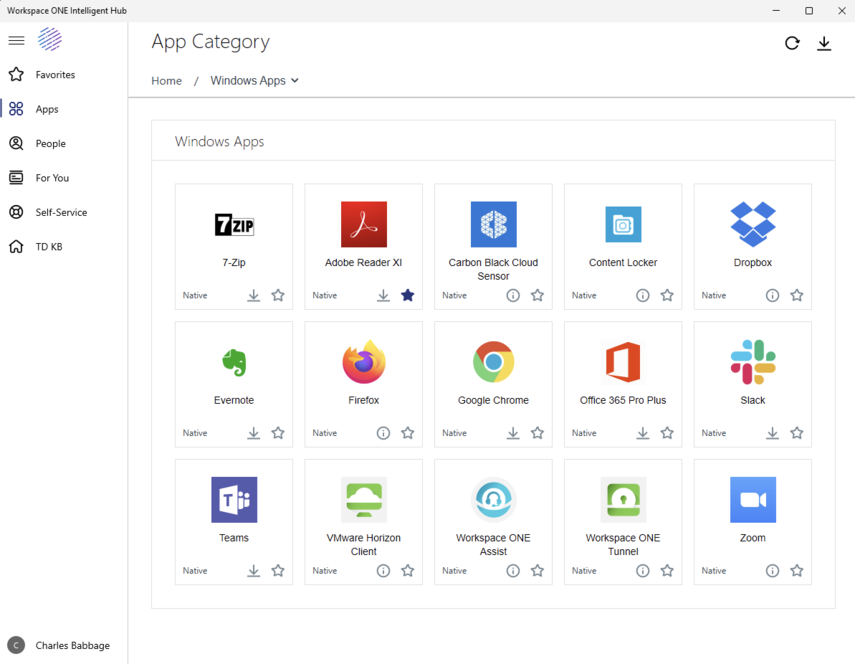 Windows's native VMware Horizon Client, Carbon Black Cloud Sensor, Workspace ONE Tunnel, Google Chrome, and Zoom apps are configured to automatically deploy. These apps have been already delivered to the demo device by Workspace ONE UEM's software distribution over CDN.

Workspace ONE UEM's Windows app distribution and management are doing the same things that traditional LAN-based tools, like SCCM, have done with native apps, but Workspace ONE UEM is doing it over the air. Devices no longer have to be tied to the organization's LAN.

Several additional Windows Apps are set up for software distribution. Select Windows Apps to filter out all Windows apps, both Windows Desktop and UWP apps.

Choose one of the Windows Apps and push it to your device. 7-Zip is a good one to pick as its small package should install relatively quickly.

You’ll receive a notification on the device regarding the installation.

In Workspace ONE UEM, apps delivered via software delivery are set up through the familiar UEM workflow (not part of this demo).  Additionally, with Windows Apps, comprehensive deployment, install, dependency, detection, and uninstall settings are configured to suit enterprises' various complex app deployment needs.